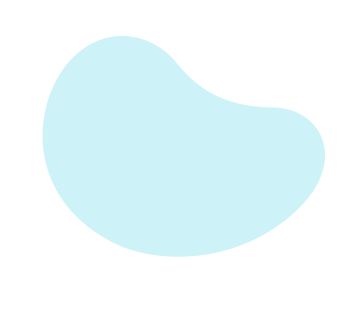 Welcome JAMS Fellows!  The URL for your role assignments in the ODR exercise is:

Here is the case background:

Robbie Brighton, on the recommendation of his parents’ physician, contacted a mediator to help with a family problem. His father George, age 81, lives in a modest home in Petaluma. George and his wife Lilly lived in the house for 40 years until Lilly passed away one year ago. George and Lilly had two children:

George was diagnosed with Alzheimer’s disease seven years ago. Until the past year he was functioning fairly well, thanks to medication and Lilly’s constant attention and care. Since Lilly passed away the disease has accelerated. Six weeks ago, while Johnnie was out of the house, George wandered off. A motorist, noticing George was lost and disoriented, called the police, who brought him home to Johnnie about two hours later. In recent months, George also has experienced intense outbursts of anger, suffers from short-term memory loss, feels extreme agitation in the early evening, and frequently paces and makes efforts to leave the house.

The parents’ physician advised the family that for George’s safety the present situation is no longer appropriate, but has left the decision in the hands of the family without stating an opinion about what should happen and has suggested mediation.

The parents own their home, now valued at $700,000, and have $100,000 in CDs. They receive teachers’ retirement of $6,000 per month. They do not have long-term care insurance. Their health insurance will not pay for an Alzheimer’s facility at this time. The family will need to figure out how they will pay for George’s care if he is admitted to the Alzheimer’s facility.

We use cookies on our website to give you the most relevant experience by remembering your preferences and repeat visits. By clicking “Accept All”, you consent to the use of ALL the cookies. However, you may visit "Cookie Settings" to provide a controlled consent.
Cookie SettingsAccept All
Manage consent

This website uses cookies to improve your experience while you navigate through the website. Out of these, the cookies that are categorized as necessary are stored on your browser as they are essential for the working of basic functionalities of the website. We also use third-party cookies that help us analyze and understand how you use this website. These cookies will be stored in your browser only with your consent. You also have the option to opt-out of these cookies. But opting out of some of these cookies may affect your browsing experience.
Necessary Always Enabled
Necessary cookies are absolutely essential for the website to function properly. These cookies ensure basic functionalities and security features of the website, anonymously.
Functional
Functional cookies help to perform certain functionalities like sharing the content of the website on social media platforms, collect feedbacks, and other third-party features.
Performance
Performance cookies are used to understand and analyze the key performance indexes of the website which helps in delivering a better user experience for the visitors.
Analytics
Analytical cookies are used to understand how visitors interact with the website. These cookies help provide information on metrics the number of visitors, bounce rate, traffic source, etc.
Advertisement
Advertisement cookies are used to provide visitors with relevant ads and marketing campaigns. These cookies track visitors across websites and collect information to provide customized ads.
Others
Other uncategorized cookies are those that are being analyzed and have not been classified into a category as yet.
SAVE & ACCEPT